The two co-chairs of the Seattle Arts Commission resigned this week, citing “grave concerns” surrounding Mayor Jenny Durkan’s recent appointment of a new acting director of the Office of Arts and Culture.

Quinton Morris and Sarah Wilke have both served on the Seattle Arts Commission — a board that advises the mayor and City Council on arts-related policy — since 2017, and became co-chairs in February 2020.

Durkan nominated Royal Alley-Barnes, the former Center on Contemporary Art director and a former city budget and policy analyst, as acting director of the Office of Arts and Culture to the city council on Sept. 8. But before the City Council or the arts commission weighed in, the mayor announced the appointment online, saying in a release on Sept. 15, “I am confident that Royal is the right person to lead ARTS as we focus on helping BIPOC and underrepresented artists recover from the significant impacts of COVID-19,” referring to Black, Indigenous and people of color.

In an open letter posted on Facebook on Tuesday, Morris and Wilke expressed their disappointment with the mayor’s decision to bypass the usual processes that allow the arts commission to provide input from the arts community.

“It was very apparent to us that they had an ulterior motive that did not include any input or involvement from the Arts Commission or arts and cultural community members,” the letter says. “As co-chairs who have worked tirelessly to ensure that the arts and cultural community remain valued and protected, we feel that this injustice to our sector is one that we cannot tolerate, nor stand for.”

Morris, a concert violinist and founder of Key to Change, a music education nonprofit bringing classical music instruction to underserved youth and students of color, is known as a leader in making music education more inclusive. Wilke has long been a leader in the local arts scene, previously serving as executive director of the Seattle International Film Festival and managing director of contemporary performing arts center On the Boards. She is now the senior director of planning and operations at the University of Washington’s Meany Center for the Performing Arts.

A spokesperson from Durkan’s office said Friday afternoon that they do not typically run a selection process when appointing interim or acting directors and that they stand by the decision to appoint Alley-Barnes, citing her “experience and deep roots in this space” and referencing letters of support for Alley-Barnes that they’ve received from numerous community members.

“It is unfortunate that the Chairs have left their positions and Mayor Durkan thanks them for their work during these challenging times,” Kamaria Hightower, a spokesperson for the mayor, said in an email. “The mayor is grateful for the great support that Ms. Alley-Barnes received from throughout the arts community — and the broader community — which recognizes her deep experience.”

“The mayor is confident that Ms. Alley-Barnes is the right person to continue her collaborative work with community and that she can amplify the work of the Arts Commission as Seattle charts a path forward for arts in Seattle.”

Morris and Wilke, who declined to talk to press, are not the only ones who’ve taken issue with what they’ve termed the mayor’s lack of process.

The appointment came as a surprise to the ARTS director search advisory committee, which expected to be part of the selection process.

The committee was formed by Calandra Childers, who has served as ARTS acting director since February this year, after Randy Engstrom stepped down as director in December 2020. Engstrom had led the organization for eight years. The ARTS search committee’s goal was to ensure that the community’s needs and ideas were a part of the search for a new director.

In an open letter on Sept. 14, the advisory committee condemned Durkan’s actions as “rash and uninformed,” as well as “disrespectful” to Childers and everyone who should have been consulted.

“[It] is clearly misaligned to the known and documented ARTS’ values for a community driven, inclusive search process,” the letter said.

They asked that the arts commission push for the removal of Alley-Barnes and the reinstatement of Childers until that process can be respected.

The arts commission pushed. Morris and Wilke met with the City Council, which also expected to weigh in on the appointment of a new acting director, to garner support as they pushed back against Durkan’s appointment of Alley-Barnes.

Seattle City Councilmembers M. Lorena González and Teresa Mosqueda initially supported the Arts Commission’s pushback to the appointment, but altered their positions on Wednesday, agreeing with the appointment of Alley-Barnes as acting director. González said Alley-Barnes’ experience could bring value to the arts commission’s priorities. But both urged the mayor to include the arts commission in the selection of a permanent director.

Other leaders in the arts community have expressed their disappointment in the mayor’s decision and are disheartened that it has led to the resignations of Morris and Wilke.

“Dr. Morris and Ms. Wilke were tireless advocates for our sector. I’m sorry they felt compelled to resign from the Seattle Arts Commission but I totally understand it given the level of disregard, disrespect, and outright hostility the mayor’s office has shown them, the Commission, and our sector in the last few weeks,” Tim Lennon, executive director of Langston Seattle, said in an email statement.

“In the budget they transmit next week and for the remainder of their term, I hope mayor Durkan and her people can find the same energy to fight for (and actually work with) our sector that they brought to fighting against the Black-led Seattle Arts Commission and the Black-led ARTS Director Search Committee,” Lennon said, referring to what he says is Durkan’s lack of cooperation with these groups.

As co-chairs during the COVID-19 pandemic, Morris and Wilke called on the mayor’s office for financial support of the city’s arts and artists, particularly artists of color who have been disproportionately affected by both COVID-19 and the financial consequences of the pandemic.

“As co-chairs who have worked tirelessly to ensure that the arts and cultural community remain valued and protected, we feel that this injustice to our sector is one that we cannot tolerate, nor stand for,” Wilke and Morris wrote in their open letter.

“Resigning from the Arts Commission has truly saddened us,” they wrote. “We will continue to advocate and support the arts and cultural sector as private citizens.”

Correction: A previous version of this story incorrectly stated that mayor Jenny Durkan nominated Royal Alley-Barnes as acting director of the Office of Arts and Culture to the city council on Sept. 9. Durkan announced Alley-Barnes’ nomination on Sept. 8.


Crystal Paul:
[email protected]; on Twitter: @cplhouse. Crystal Paul is a features reporter at The Seattle Times. She is interested in stories about the people, places and histories that capture the soul of their communities. 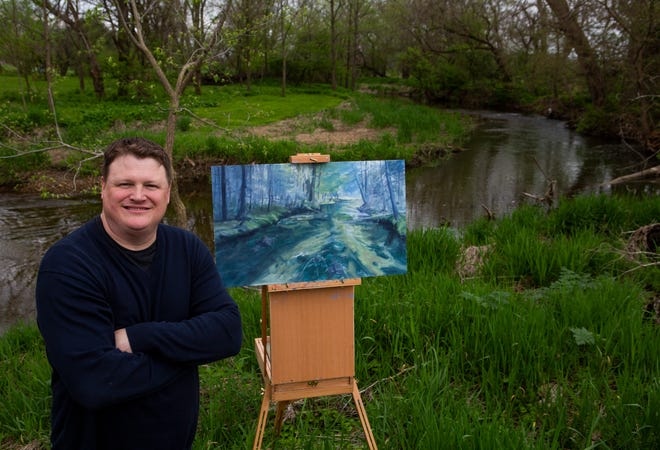